The Springfield Corporate Esports Cup is a seasonal series of esports competitions to challenge your corporation with other SGF metro corporations and companies throughout the metro.

We take the most popular esports titles and give your team a head to head weekly competition in games that your employees are already playing daily at home…but now, they are playing for you, your company, your brand in a battle for the corporate esports cup!

For weekly game play, we want each match to start at 7pm and 8pm on Tuesdays and Wednesdays, just to keep things simple. If you need to extend your time for some reason, contact an admin and work with the opposing team’s captain to modify any start times. 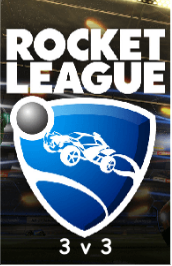 Be part of a 3-person Rocket League squad with booster-rigged vehicles that can be crashed into balls for incredible goals or epic saves across multiple, highly detailed arenas. 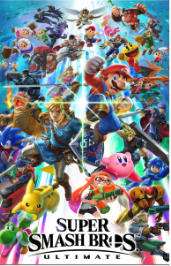 Super Smash Bros. Ultimate is a fighting game in which characters from Nintendo games and other third-party franchises must try to knock each other out of an arena.

Play as a 5-person crew against another company, in a best of three set. The company with the highest player accumulated finishes wins the day!

Mario Kart 8 Deluxe is a racing game for the Nintendo Switch, and the first Mario game overall for the console.

Play as a 6-person team head to head in a 12 player race against another company, in a best of three set. The company with the highest player accumulated points wins the day! 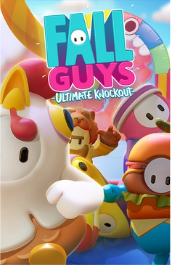 Fall Guys is a platform battle royale game developed by Mediatonic. The game involves up to 60 players who control jellybean-like creatures and compete against each other in a series of randomly selected mini-games, such as obstacle courses or tag. 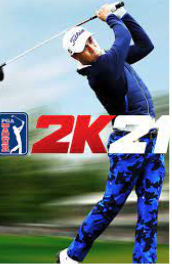 PGA 2K21 is the officially licensed PGA golf game, and beings golf into the video game world. With access to both real and fictional courses, PGA 2K21 can bring you into the experience of playing like a pro.

This league supports the Springfield Esports Coalition and their quest to utilize the power of esports to drive awareness, engagement & economic value for our community by attracting, producing and promoting esports events locally and regionally.

HOW TO COMPETE IN THE 2023
SPRINGFIELD CORPORATE ESPORTS CUP

01 Here is how to get started and what to expect!

Find a corporate coordinator and captains to run your teams.

Corporate coordinators are encouraged to read through the website and find captains to lead your corporate esports teams. Further information can be found below.

02 Create and register your team.

Once youre team is registered, the captain will receive an email with the next steps (paying your team, connecting to discord, etc).

03 Practice up and join our discord!

Pay attention to our discord and your email for the schedule each week via the corporate email you used during team registration. GAME ON!

If you have further questions, please feel free to contact us below.

Why should my company compete in the SGFCEC?

Many of your employees already play games 3-5 times a week and have no idea that the employees around them are playing the same game. This league will allow for your employees to find common ground, in gaming, to build and sustain new relationships that will help with collaboration inside the company and open the door for further development and opportunities for your employees as well.

What are the basic requirements for a team?

How do you define the “Springfield Metro?” (and other eligibility requirements)

What happens if our team can’t play one week?

Work with the admins and the other teams captain to reschedule the match as soon as you know of any scheduling issue. If you need to change the date within 24 hours of the match, your team will forfeit that weeks game. {Have plenty of subs}

What are the rulesets for each game we play?

How many teams are going to play? Are there any limits?

We hope to fill 9 teams per game. Depending on interest level, we may limit each game to 9 teams to fill an 8 week league…if we can fill 18 teams, we will do that – it is going to be determined based on the amount of interest we see in the coming weeks.