Springfield is home to professional and collegiate athletics teams and many local, regional and national sporting events. Springfield is also home to many different sports organizations and programs. When in Springfield, we invite you to check out our home teams as well as our sports-related attractions!

Drury University is a member of the Great Lakes Valley Conference and competes at the Division II level. Drury competes in 17 sports. The Drury University campus is located in central Springfield at 900 N. Benton.

Central High School is home to the Central Bulldogs.

Glendale High School is home to the Glendale Falcons.

Greenwood is home to the Greenwood Blue Jays.

Hillcrest High School is home to the Hillcrest Hornets.

Kickapoo High School is home to the Kickapoo Chiefs.

Parkview High School is home to the Parkview Vikings.

Lake Country Soccer was founded in 1984 by parents and soccer enthusiasts looking for a home for their kids to play soccer in Springfield. Since then, Lake Country Soccer has grown into a 55+ acre facility with 18 outdoor fields (7 of which are lighted) and an indoor facility (2 fields) serving close to 2,500 registered youth players and nearly 12,000 visitors annually. 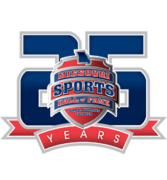 The Show Me Collegiate League, a summer collection of college standouts from coast to coast and beyond, made its debut on June 1, 2016 at U.S. Baseball Park, with more than 100 players converging for the summer of play in the wood bat league.

The Springfield Amateur Softball Association was founded in April 1935 and consisted of leagues from the Frisco railroad and local churches. Since that time the association has grown to include men’s fast and slow pitch, women’s and coed slow pitch, and youth fast pitch tournaments. We continue our involvement with local, state, regional tournaments and national qualifiers, and since the late 1960’s our involvement with hosting national championships. Springfield facilities rank near the top, and we have been privileged to host 30 national championships. Since 1991, twenty-one of these tournaments have received the James Farrell Award of Excellence from the ASA.

The Springfield-Greene County Park Board is committed to providing the highest quality of leisure opportunities, to offering programs for relaxation as well as stimulation, and to encouraging personal and community enrichment for the citizens of Springfield, Missouri. 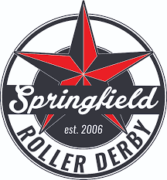 Springfield Roller Derby is the area’s nationally ranked flat-track Roller Derby team.  We have been skater owned and operated since our inception in 2006, and became a member of the Women’s Flat Track Derby Association (WFTDA) in 2011.

The WFTDA maintains high standards of excellence and we constantly strive to adhere to them.  SRD is always accepting new members to our organization whether they skate or not.  Our league members help in all aspects of our game from skating to officiating, and we appreciate them in all they do!  Our mission is to be active athletes who have fun while inspiring each other, and the greater community, with our hard work, determination, social consciousness, and good sportsmanship. 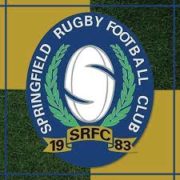 Since 1983, the Springfield Rugby Football Club (SRFC) has been celebrating the sport of rugby in the Springfield area. The club is part of the Heart of America Union, and has played regional and international teams. The season is divided between spring and fall, with matches played on Saturdays. SRFC is one of the few club teams in the nation to own a full-sized pitch, Springfield Rugby Park.

Do you have an organization or club that you would like to see on the list? We’d love to hear from you!